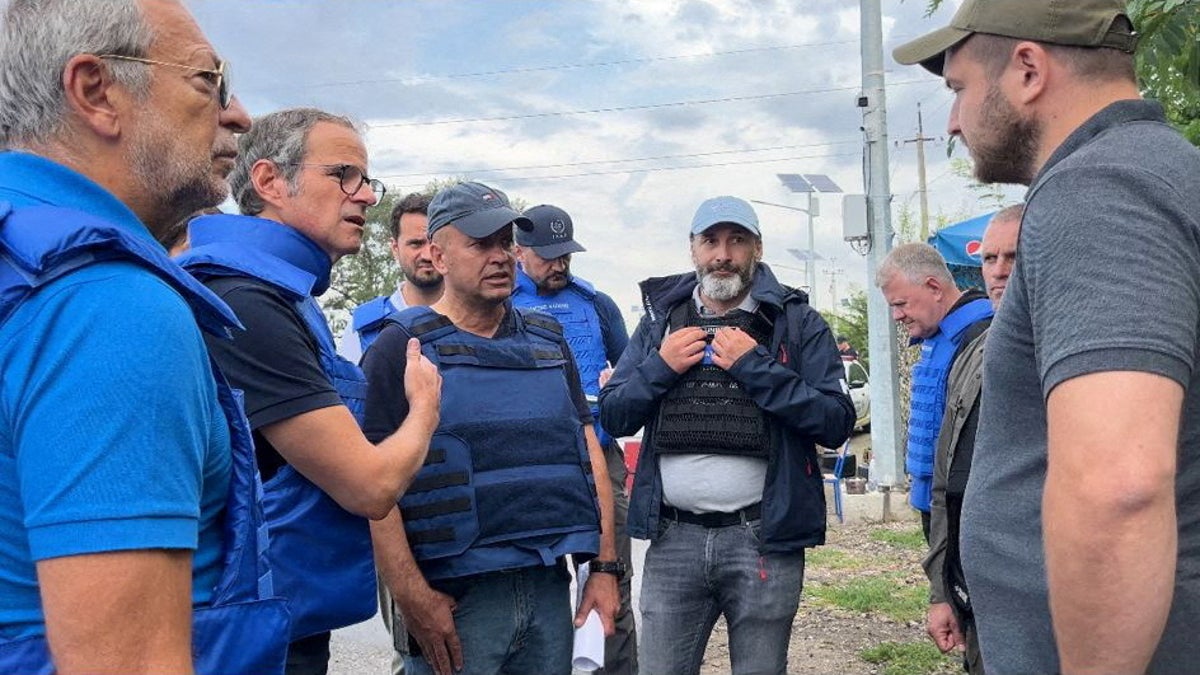 The United Nations nuclear agency completed its first tour of the Zaporizhzhia Nuclear Power Plant in southern Ukraine on Thursday and will stay at the Russian-occupied facility amid nearby fighting.

“There is a lot more to do – my team is staying on,” International Atomic Energy Agency Director General Rafael Grossi said in a video after touring “key parts” of the nuclear plant. “Most importantly, we are establishing a continued presence by the IAEA here.”

The 14-person team’s journey to the plant was delayed by several hours on Thursday amid fierce fighting in the area.

Western leaders pressed the Kremlin for weeks to allow international experts to inspect the plant, which was taken over by Russian forces at the outset of the invasion but is still operated by a Ukrainian staff.

The plant sits on the front line in southern Ukraine and has been hit by a barrage of shelling in recent weeks, damaging power lines and other parts of the facility.

One of the plant’s two reactors had to be shut down temporarily on Thursday morning before the IAEA arrived, Ukrainian state nuclear operator Energoatom said.

Thursday’s visit marks the first time the UN nuclear agency has crossed the front lines into an active war zone since its inception 65 years ago.

Deadly protests in Iran continue for a 9th day: ‘Death to the dictator’