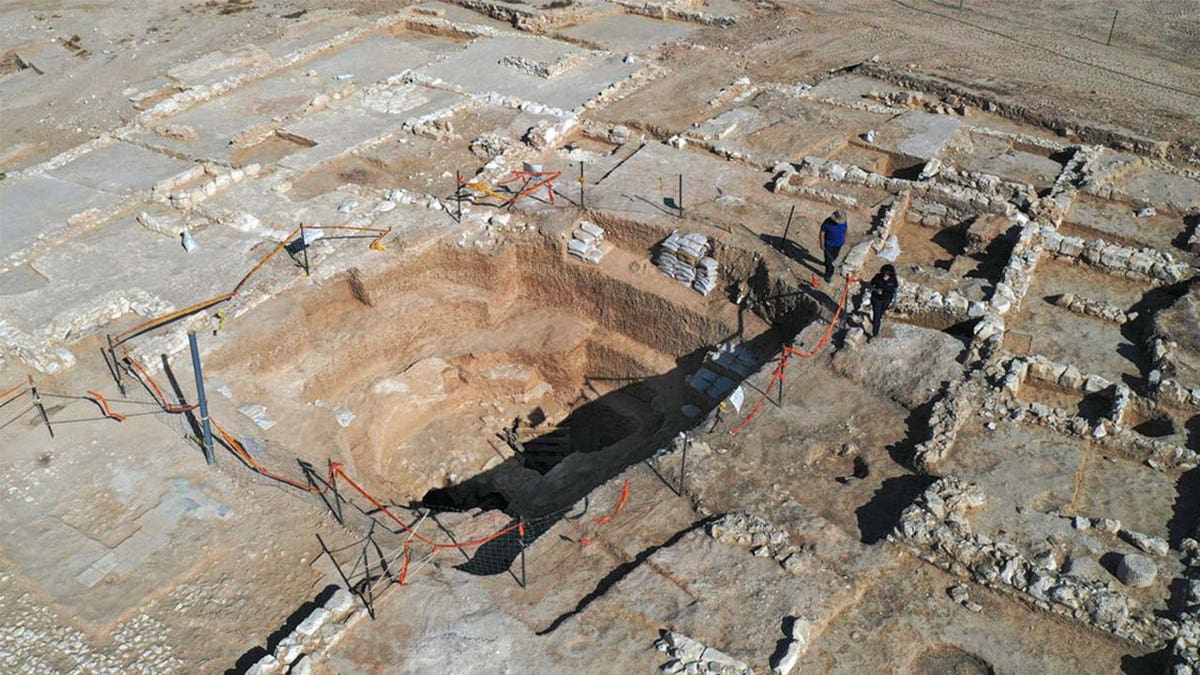 The Israel Antiquities Authority said archaeologists discovered the estate while carrying out excavations for the development of a new neighborhood.

The estate dates to the early Islamic period in the 8th or 9th century and offers a unique glimpse of life for wealthy residents of the Negev region, the Antiquities Authority said Tuesday.

The luxury home is built around a courtyard and features four wings with several rooms for its residents. One lavish section features a marble hallway with stone floors and elaborate wall decorations. Archaeologists also found shards of decorated glass serving dishes.

Underneath the courtyard, archaeologists were surprised to discover subterranean vaults made of stone, which they believe were used to store items at cooler temperatures away from the scorching desert sun. The vaults appear to be carefully constructed and sturdy enough to allow people to move between them underground. An opening from the vaulted rooms also leads to a cistern where residents could access cool drinking water.

Experts say the mansion’s owners likely lived a life of prosperity and had plenty to go around.

“The luxurious estate and the unique impressive underground vaults are evidence of the owners’ means,” the excavation directors said in a statement. “Their high status and wealth allowed them to build a luxurious mansion that served as a residence and for entertaining.”

The Israel Antiquities Authority and the Authority for Development and Settlement of the Bedouin are planning to conserve and exhibit the finding to the public.