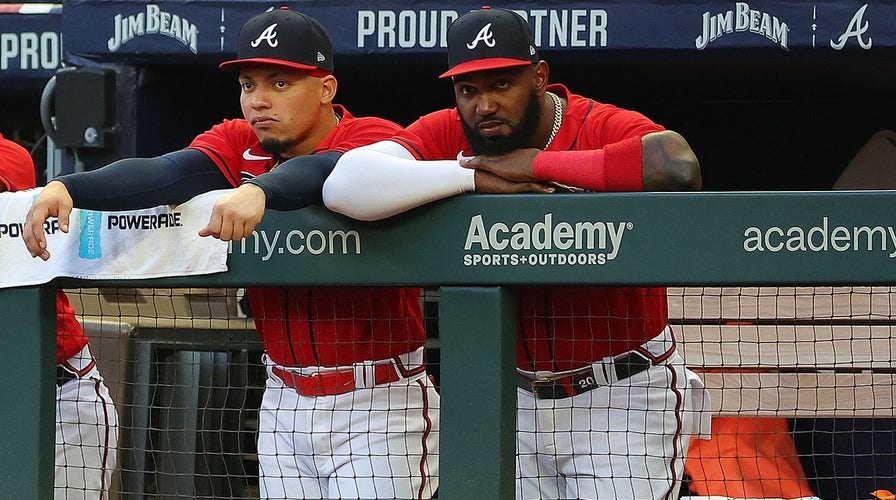 Atlanta Braves outfielder and designated hitter Marcell Ozuna was arrested and charged with driving under the influence and failure to maintain his lane of travel early Friday morning.

He was booked at Gwinnett County Jail and released on bond. 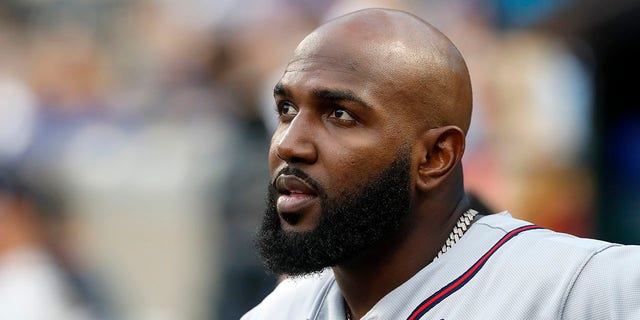 Marcell Ozuna #20 of the Atlanta Braves in action against the New York Mets at Citi Field. (Photo by Jim McIsaac/Getty Images)

On Friday, the Norcross Police Department released body camera footage of the arrest, in which Ozuna was pulled over for speeding and failing to maintain his lane.

In the video, Ozuna can be heard telling the officer that he is "Ozuna from the Braves" as he hands the officer his driver's license and MLB ID card.

After exiting his vehicle, Ozuna tells the officer that he is fine to drive and was celebrating after the Braves won a game.

After initially telling the officer that he hadn’t been drinking, Ozuna admits that he had "three, four" beers and that he was good to drive as he was headed to an after-party.

Ozuna refused a breathalyzer test and was placed in handcuffs.

On Friday, Ozuna was not in the lineup for the Braves against the Houston Astros and briefly spoke to reporters before the game without taking any questions.

ASTROS' YORDAN ALVAREZ HOSPITALIZED WITH SHORTNESS OF BREATH AGAINST BRAVES; ‘FIREWORKS MADE IT WORSE’ 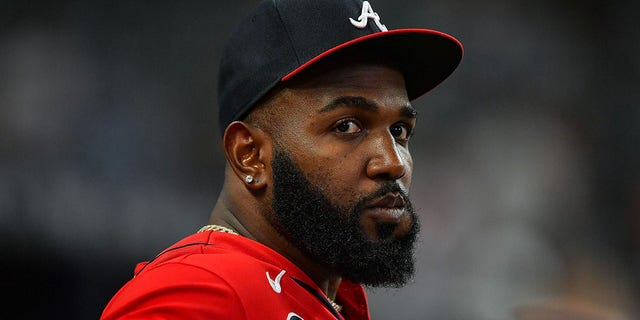 "The Atlanta Braves are aware of Marcell Ozuna’s arrest this morning and are still gathering all the facts pertaining to the incident," the team said in a statement. "Our organization takes these matters very seriously, and (we) are obviously disappointed by the situation. As this is a legal matter, we will have no further comment until the process is complete."

It’s the second time in the past 15 months Ozuna has found himself in trouble with the law. Ozuna was arrested on charges of battery and aggravated assault by strangulation in May 2021 after police officers said they saw him choking his wife. Those charges were later reduced to misdemeanor family violence. 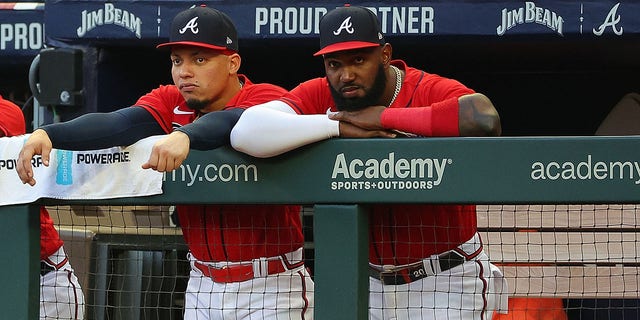 Marcell Ozuna #20 and William Contreras #24 of the Atlanta Braves look on from the dugout during the first inning against the Houston Astros at Truist Park on August 19, 2022 in Atlanta, Georgia. (Photo by Kevin C. Cox/Getty Images)

He returned to the Braves in March after being placed on administrative leave by Major League Baseball and retroactively suspended 20 games in November.

The Associated Press contributed to this report

Tags: he, ozuna, was