EXCLUSIVE: Notorious B.IG.’s daughter posted her boyfriend's $1 million bond Wednesday after he was arrested in a hit-and-run that injured three people, including a mother and her toddler, Fox News has learned.

T’yanna Wallace’s longtime beau, Tyshawn Baldwin, with whom she shares in infant daughter, allegedly fled cops Aug. 10 during a routine traffic stop in Queens and slammed into a group of pedestrians. He was arrested six days later after surrendering.

Judge Scott Dunn ordered Baldwin, 28, held on a $1 million bond — but lucky for the defendant, his hip hop heiress girlfriend bailed him out, according to court records obtained by Fox News Digital.

The paperwork filed in Queens Criminal Court shows that Wallace put up her $1.5 million Brooklyn home to secure her Baldwin's bond using the services of Ira Judelson, who didn’t return a request for comment. 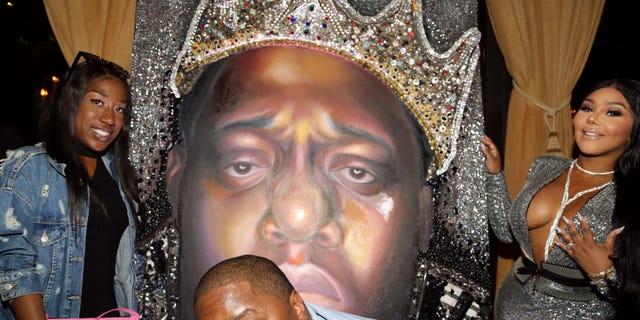 T’yanna Wallace, 29, is one of two children sired by the legendary artist – considered by many to be the greatest rapper of all time.

Brooklyn-born Biggie Smalls, whose given name is Chris Wallace, also has a son, C.J. Wallace.

T’yanna Wallace founded and runs a clothing company, Notoriouss, which sells merchandise featuring the visage of her late father, who was murdered in Los Angeles in 1997 in a drive-by shooting. 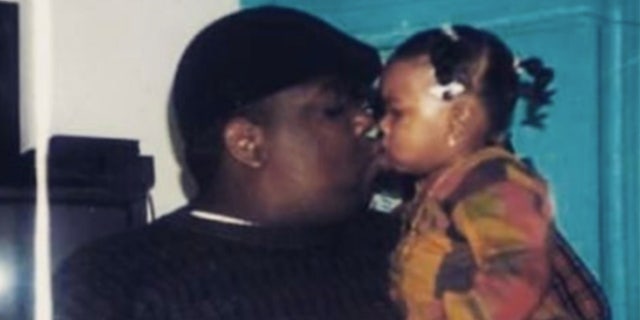 Notorious B.I.G. holding his only daughter, T'yanna Wallace, now 29. Her boyfriend and the father of her infant, Tyshawn Baldwin, was arrested for a hit-and-run Aug. 16, 2022. (Instagram)

The tragic collision unfolded after police stopped Baldwin for allegedly parking his 2021 Durango SRT Hellcat in a busy intersection — as well as for having a loud exhaust and dark tinted windows, court papers say.

He initially complied with officers' instructions, providing his driver’s license and registration.

But when cops ran his papers, they saw that his license was suspended and ordered him to step out off his car. 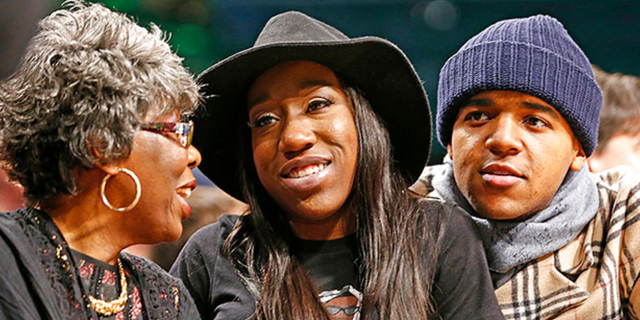 Instead, Baldwin allegedly bolted and hit a mother pushing her 2-year-old daughter in a stroller and a food delivery man, the criminal complaint says. All three suffered serious injuries.

Baldwin was arraigned Wednesday on 17 counts of first-degree assault, reckless endangerment, endangering the welfare of a child and other charges. 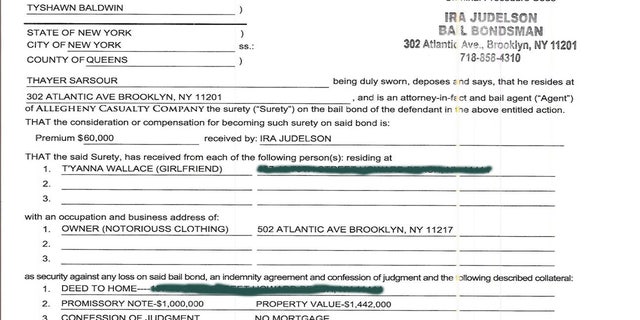 Defense lawyer, Ken Belkin, declined to comment on the connection between Biggie’s daughter and his client’s case.

"I do want to remind every one he’s presumed innocent and there’s more to this story than the NYPD’s version," Belkin told Fox News Digital. "My client is a good man, who has never been in trouble before."

If convicted, Baldwin faces up to 25 years in prison.

Rebecca Rosenberg is a veteran journalist and book author with a focus on crime and criminal justice. Email tips to rebecca.rosenberg@fox.com and @ReRosenberg.