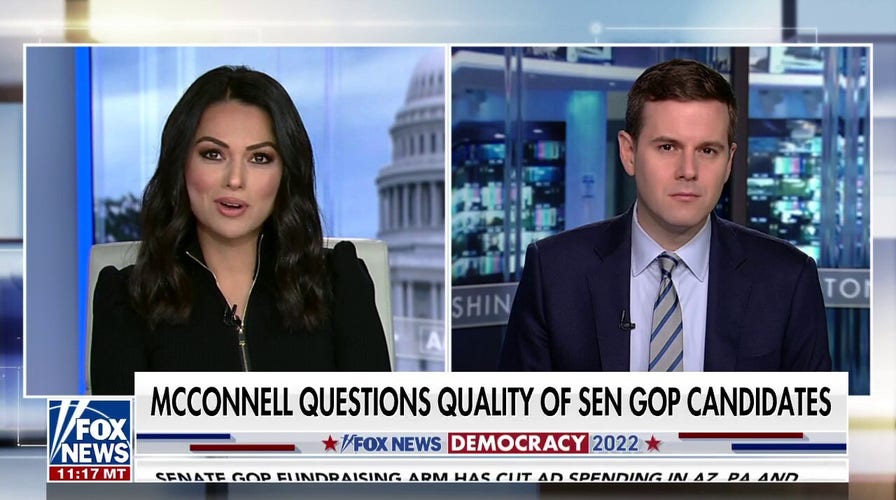 In a post on Truth Social, Trump called the Senate minority leader a "broken down political hack" and challenged his party loyalty.

He added: "This is such an affront to honor and to leadership. He should spend more time (and money!) helping them get elected, and less time helping his crazy wife and family get rich on China!"

The comment comes as McConnell suggested Thursday that he did not think Republicans would retake the Senate, as "candidate quality has a lot to do with the outcome." He said his party may fare better in reclaiming the U.S. House.

"I think there's probably a greater likelihood the House flips than the Senate," the minority leader told the Northern Kentucky Chamber of Commerce. "Senate races are just different, they're statewide. Candidate quality has a lot to do with the outcome."

"Right now, we have a 50-50 Senate and a 50-50 country, but I think when all is said and done this fall, we’re likely to have an extremely close Senate. Either our side up slightly or their side up slightly," he added.

The comment was widely criticized by conservatives, including Fox News host Sean Hannity.

"Democrats are painting Republican Senate candidates in upcoming elections and midterms as cruel and out of touch," Hannity said during his Friday show. "Well, apparently Senate Minority Leader Mitch McConnell is content to leave them out to dry and fend for themselves."

"Listen to these comments, they’re very encouraging," he added, before playing a clip of McConnell’s comments.

Hannity continued: "How about you get out there, Mitch, and fight for your team? What’s your agenda, Mitch, or would you rather just sit by and watch helplessly as Democrats lie to your face, pass another $500 billion green energy boondoggle?"

The Fox News host concluded: "His term as a leader needs to come to an end."