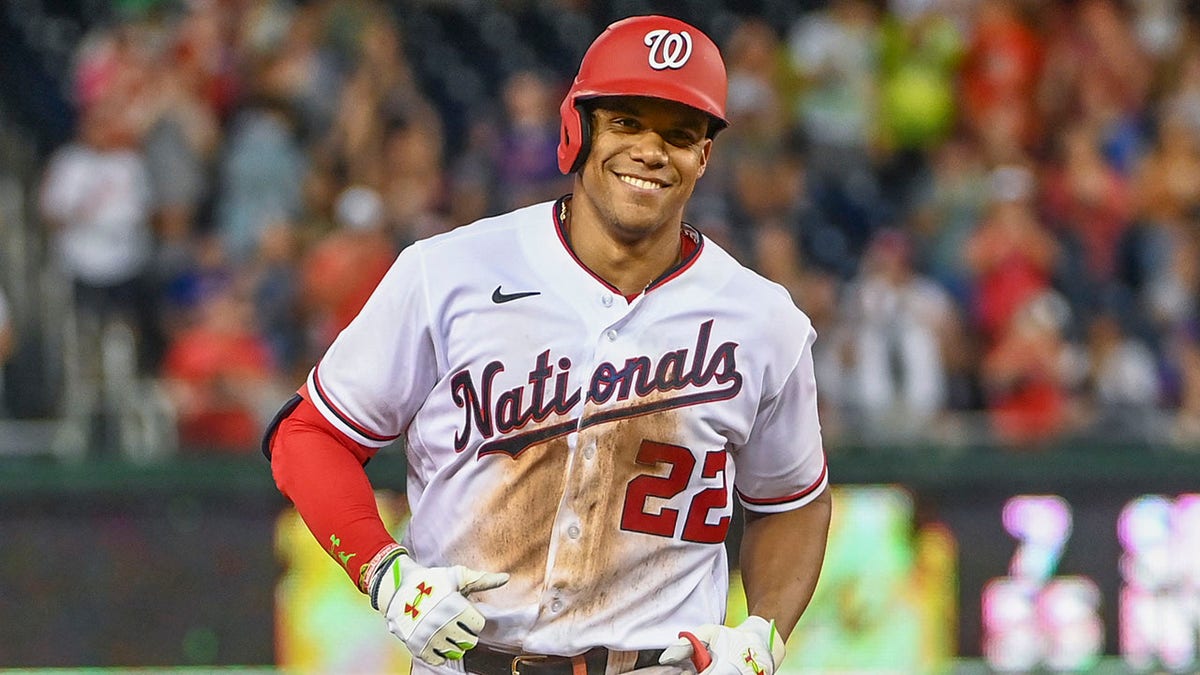 The Washington Nationals have reportedly traded two-time All-Star Juan Soto to the San Diego Padres, two weeks after Soto turned down a 15-year, $440 million contract from the organization.

In the deal, the Nationals will also send first baseman Josh Bell to San Diego.

On Wednesday, Nationals general manager Mike Rizzo told 106.7 The Fan in Washington, D.C. that the most recent offer was the third offer made to Soto this season.

“We’ve made three, what we feel, three above-market-value offers to Juan during this baseball season,” Rizzo told “The Sports Junkies” on Wednesday. “Two of them had come out before this one. Both of them were inaccurate in the terms and in kind of the guts of the contract. This one was accurate, and that led us to believe it was somebody obviously with real knowledge of the situation, where the other ones were inaccurate, so that information could be leaked out there by people who really don’t know or who are guessing or think they have the information.”

San Diego is 58-46, two games up on the Philadelphia Phillies for the second Wild Card spot.

Patriots’ Bill Belichick to young reporter: ‘Fantasy football doesn’t mean anything to me’