Hank Williams Jr.’s late wife, Mary Jane Thomas, died on March 22 due to a "collapsed lung that was punctured during elective surgery" performed the day before in Florida. She was 58.

The former model’s cause of death was listed in the official autopsy as "pneumothorax due to perforated parietal pleura during liposuction with autologous fat reinjection procedure," according to medical reports obtained by Fox News Digital.

Thomas traveled from her home in Nashville, Tennessee, for liposuction and breast implant removal procedures performed at Baftis Plastic Surgery, according to the reports, and was then cleared by physicians to recover at home, where she traveled to the nearby Jupiter Beach Resort & Spa in Palm Beach County.

The Palm Beach County Medical Examiner also listed her death as "accidental" after a surgeon punctured the membrane close to her chest wall following her breast lift procedure. 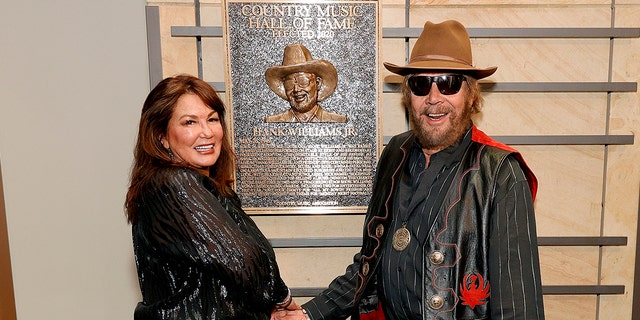 Mary Jane Thomas and Hank Williams Jr. attend his 2021 Medallion Ceremony, celebrating the Induction of the Class of 2020 at Country Music Hall of Fame and Museum in Nashville, Tennessee. (Jason Kempin)

Thomas was released from the facility at 7 p.m. on March 21 and was "sitting up in bed, speaking normally" the next day, the reports said, only to "suddenly" become unresponsive.

She was rushed to a local hospital and died in the emergency room. The coroner’s report also listed that she was given an anticoagulant, and had suffered mild brain swelling in addition to mild coronary artery disease and fatty metamorphosis of the liver, a common finding for people with a history of alcoholism.

The "All My Rowdy Friends" singer and ex-"Monday Night Football" crooner met Thomas in 1985 at one of his concerts in Washington state.

The couple married in 1990 and had two children: a daughter, Katherine Williams-Dunning, and son, Samuel Williams. 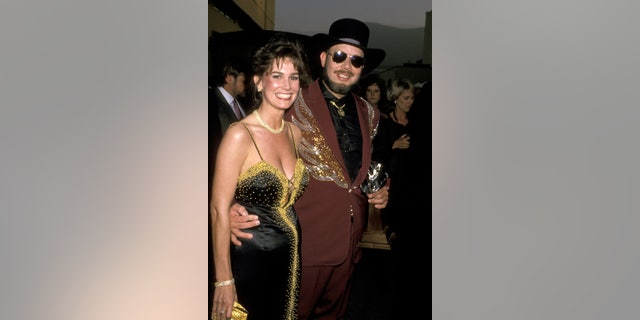 Thomas, pictured with Williams in 1989, traveled from her home in Nashville, Tennessee, for liposuction and breast implant removal procedures. (Ron Galella)

They separated once in 2007 and reconciled four years later in 2011.

Katherine died in a vehicle collision in Tennessee in 2020 when she lost control of the SUV she was driving.

Sam, 24, claimed in a February YouTube video that he was under a conservatorship filed by his father and half-sister, Holly, in August 2020 following Katie's death. Sam was reportedly heavily impacted by the loss of his sister.

He also posted on Instagram shortly after her death, "I will always be the son of Mary Jane. RIP MAMA. I love you forever. Miss Spruce Creek High School, Miss Hawaiian Tropic, Miss Mary Jane Williams, my mama forever my everything." 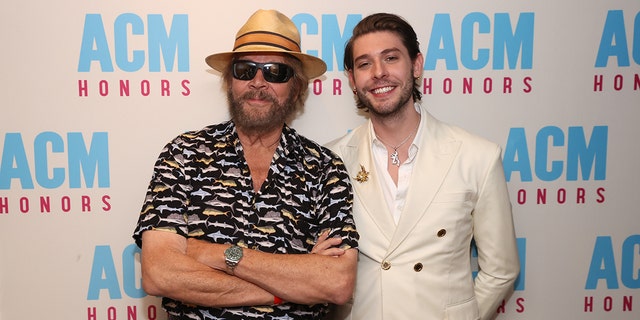 Hank Williams Jr.'s youngest son, Sam, said he was under a conservatorship put in place by the family following the death of his sister Katherine in 2020. (Terry Wyatt)

Mary Jane was Williams' third wife. He married Gwen Yeargain from 1971-77, and the former couple had one son, musician Hank Williams III.

He married Becky White from 1977-83, and they had two children together, daughters Holly and Hilary Williams.

Hank Jr., 72, is the son of legendary country musician Hank Williams, who died in 1953 at the age of 29, but is still regarded as one of the most influential artists in the genre.