Chicago Mayor Lori Lightfoot on Monday presented three options for renovating Soldier Field, the home of the Chicago Bears, but the team said it's not interested.

"Any of these proposed renovations will allow Soldier Field to retain its role as an economic engine for Chicago for years to come," Lightfoot said in a news release. 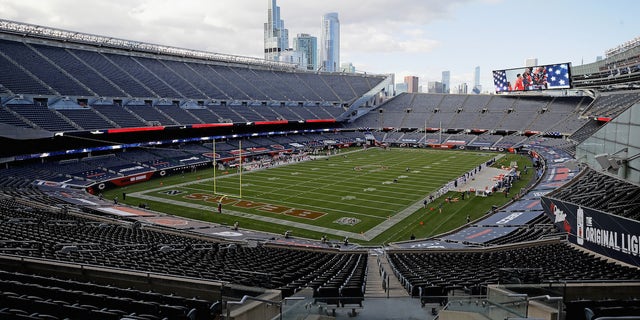 A general view of Soldier Field during the National Anthem before the Chicago Bears take on the Indianapolis Colts on October 04, 2020 in Chicago, Illinois. (Jonathan Daniel/Getty Images)

The mayor’s office estimated the costs of the three options would range from $900 million to $2.2 billion. It did not say how it would pay for any of the options.

TYREEK HILL AGAIN HYPES UP TUA TAGOVAILOA'S POTENTIAL, CALLS HIM ‘MOST ACCURATE QUARTERBACK IN THE NFL' 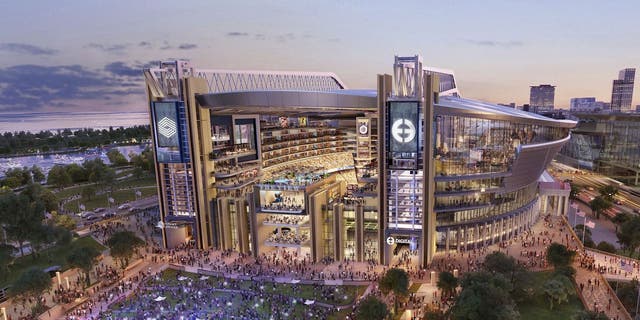 A rendering released by the City of Chicago shows a proposed plan to enclose Soldier Field. The proposal stems from considerations and recommendations made by the Mayor Museum Campus Working Group. (AP Photo)

The Bears had no new comment on Lightfoot's proposals but the team reiterated the same statement it issued July 7 when a panel appointed by Lightfoot recommended the city explore enclosing Soldier Field.

"The only potential project the Chicago Bears are exploring for a new stadium development is Arlington Park. As part of our mutual agreement with the seller of that property, we are not pursuing alternative stadium deals or sites, including renovations to Soldier Field, while we are under contract," that statement said. 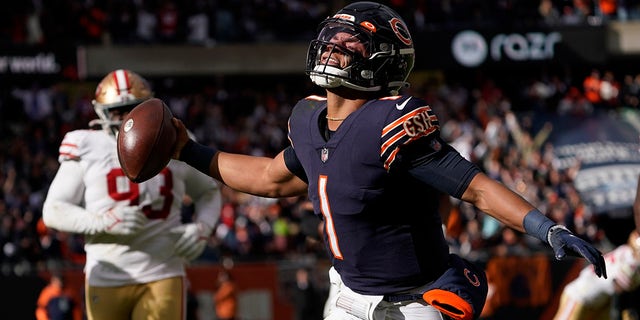 Chicago Bears quarterback Justin Fields begins to celebrate his touchdown against the San Francisco 49ers during the second half of an NFL football game Sunday, Oct. 31, 2021, in Chicago. (AP Photo/David Banks)

The team signed a purchase agreement last year for a 326-acre (131.93-hectare) site in suburban Arlington Heights, about 30 miles (48 kilometers) miles northwest of Soldier Field, that could be the site of a future stadium. President Ted Phillips has said that deal likely won’t close until early 2023, at which point the team will decide whether it’s "financially feasible to try to develop it further."

Patriots’ Bill Belichick to young reporter: ‘Fantasy football doesn’t mean anything to me’