Return of the Chevy Chevelle

It's gone a long way, but you'd never know it looking at the odometer.

What may be the lowest-mileage 1977 Pontiac Trans Am in the world will soon be making a short trip across the auction block.

The 1977 Trans Am SE (Special Edition) is similar to the one featured in the classic road comedy film "Smokey and the Bandit," although the cars used during filming were 1976 models modified to look like the newer cars.

The mechanically original auction car is all-original and equipped with the sought-after Y82 package that includes the Trans Am's iconic T-top roof.

This 1977 Pontiac Trans Am SE has 14 miles on its odometer. (Mecum Auctions)

It features a monstrous 6.6-liter V8 that put out a meek 180 hp, thanks to 1970s emissions rules, and a three-speed automatic transmission.

According to the seller, Charlie Herman, the engine has been kept in perfect running condition, but hasn't been used much, because the car has an astonishingly low 14 miles on the odometer. 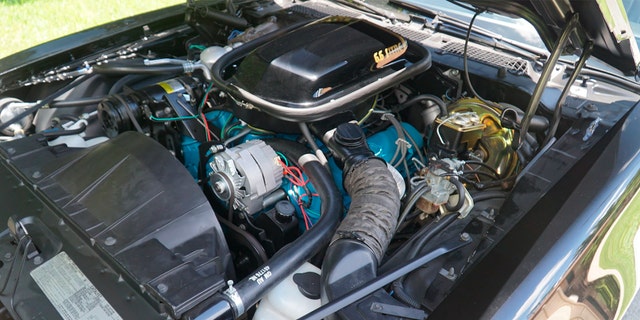 Herman, an active collector car trader, said the car was originally used by Pontiac as a touring display vehicle and never assigned to a dealer for sale.

He understands that it suffered some very minor damage during a trip through North Carolina, so the automaker donated it to a local vocational school, where the students fixed it up. 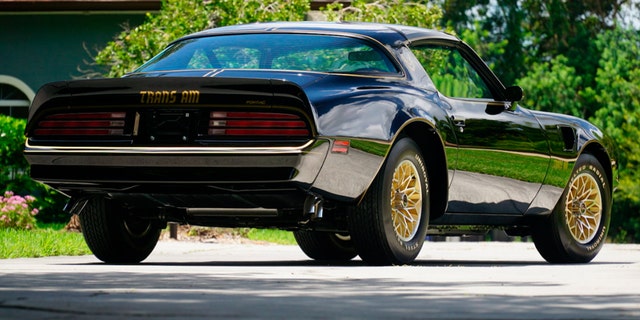 The Trans Am is mechanically original, but has been cosmetically refreshed. (Mecum Auctions)

As the story goes, it was used in a parade, then purchased by a collector who owned it and never drove it until he sold it in 1997. It was a bit weathered-looking by then, so the new owner had it cosmetically refreshed before selling it in 2013.

Herman has actually owned it twice, having purchased and sold it a few years ago before recently reacquiring it. He'll be offering it at the Mecum Auctions event in Harrisburg on July 30. 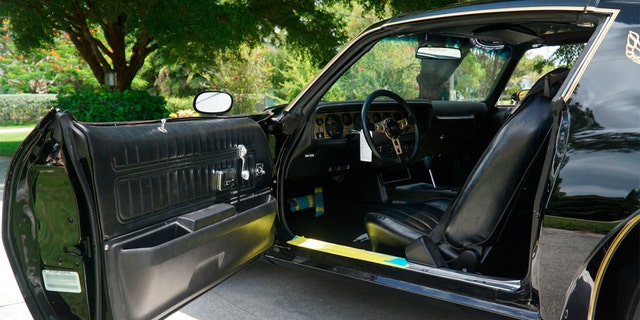 The Trans Am was used as a display car and barely driven. (Mecum Auctions)

The car's backstory and mileage makes its value difficult to calculate. Classic car insurer Hagerty estimates that one in show car condition is currently worth about $161,000, but a 14-mile car is unique.

The highest price paid for one to date was $495,000, but it had an even more special connection to the film. It was promotional car that was gifted to Burt Reynolds, who owned and drove it until 2014.

Are you a remote worker? Here are 5 smart ways to stay connected and productive

These are the 8 best fruits for your health, according to nutritionists