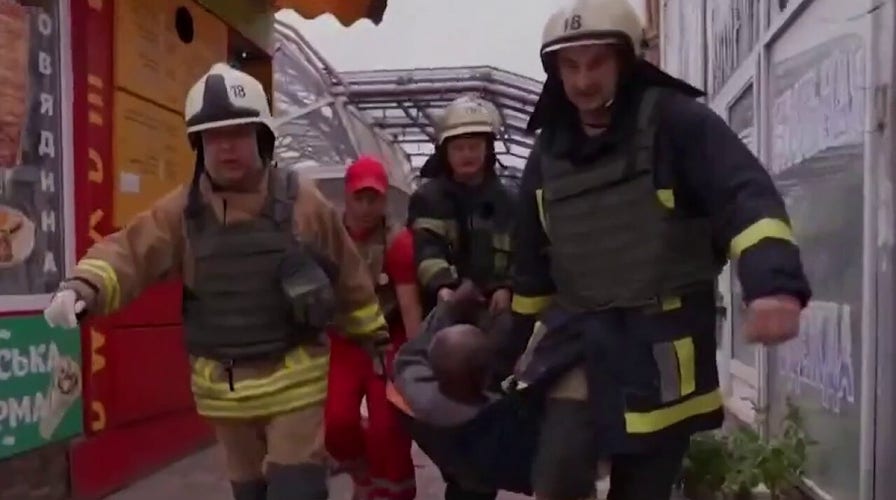 Heavy fighting in the southern region of Kherson continues to rage as Ukrainian forces increasingly rely on U.S. rocket systems to battle it out with Russian troops over a critical bridge, the U.K. defense ministry said Saturday.

The Antonovsky Bridge, which crosses the Dnieper River, serves as a major strategic target for the Ukrainian defense as it connects the Russian army in Kherson to occupied areas off of the Crimean Peninsula. 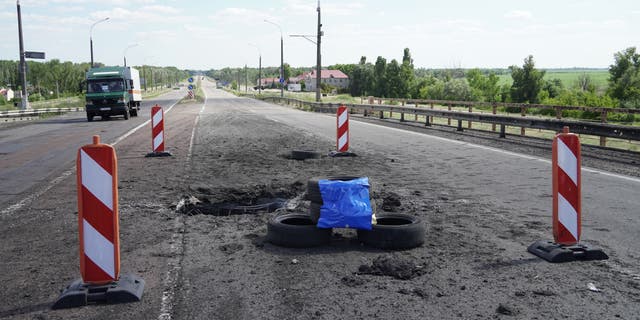 A picture taken July 21, 2022, shows craters on Kherson's Antonovsky Bridge across the Dnieper River caused by a Ukrainian rocket strike during the ongoing Russian military action in Ukraine. (Stringer/AFP via Getty Images)

Ukrainian forces have been heavily relying on a U.S.-supplied High Mobility Artillery Rocket System (HIMARS), which allows them to deploy multiple rocket launches effectively. The system damaged the bridge earlier this week.

"If the Dnieper crossings were denied, and Russian forces in occupied Kherson cut off, it would be a significant military and political setback for Russia," the U.K. ministry said.

But U.K. defense officials on Saturday said they believed that, as of Friday, Russia had made repairs to the vital bridge and that "some traffic" was able to pass through.

"In the last 48 hours, heavy fighting has been taking place as Ukrainian forces have continued their offenses against Russian forces in Kherson Oblast, west of the river Dnieper," the ministry said in an intelligence update. "The supply lines of the Russian forces west of the Dnieper River are increasingly at risk." 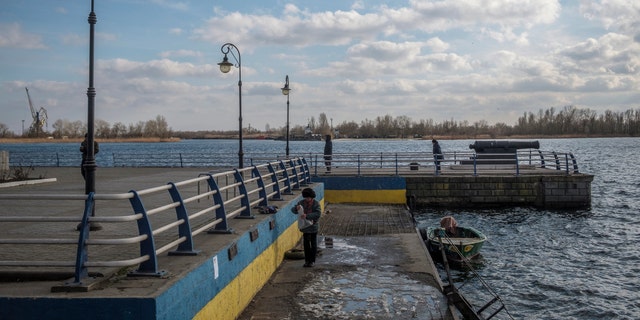 A pier on the Dnieper River in Kherson, Ukraine, Jan. 20, 2022. (Christopher Occhicone/Bloomberg via Getty Images)

The defense ministry said it had heard claims from Ukrainian officials that Russian troops may look to build a "pontoon bridge" over the Dnieper River to circumvent damage to the major thoroughfare, but intelligence officials said they could not verify these claims.

"The Russian army prioritizes maintaining its military bridging capability, but any attempt to construct a crossing of the Dnieper would be a very high-risk operation," the ministry said.

U.S.-supplied HIMARS have proven effective along Ukraine’s frontline as it is capable of firing rockets up to 50 miles. Some of those rockets have hit several Russia arms depots, a Ukrainian defense official confirmed for Fox News Digital.

Russia on Thursday boasted of its ability to counter the U.S. HIMARS and claimed it shot down 12 missiles over the Antonivka Bridge. 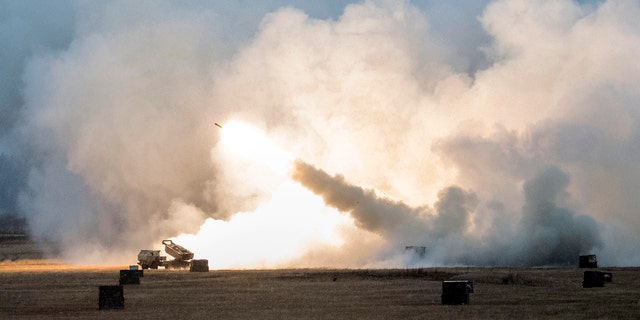 "One should not be afraid [of HIMARS], one should fight it. It is not a panacea, it is one of the weapons that the enemy uses now," Andrei Kartapolov, head of Russia's State Duma Defense Committee, told Russian media.

"The system is serious, but there is a countermeasure — our air defense facilities."

Caitlin McFall is a Fox News Digital reporter. You can reach her at caitlin.mcfall@fox.com or @ctlnmcfall on Twitter.

Pelosi defies China during meeting with Taiwanese President Tsai Ing-wen: ‘We will not abandon our commitment’