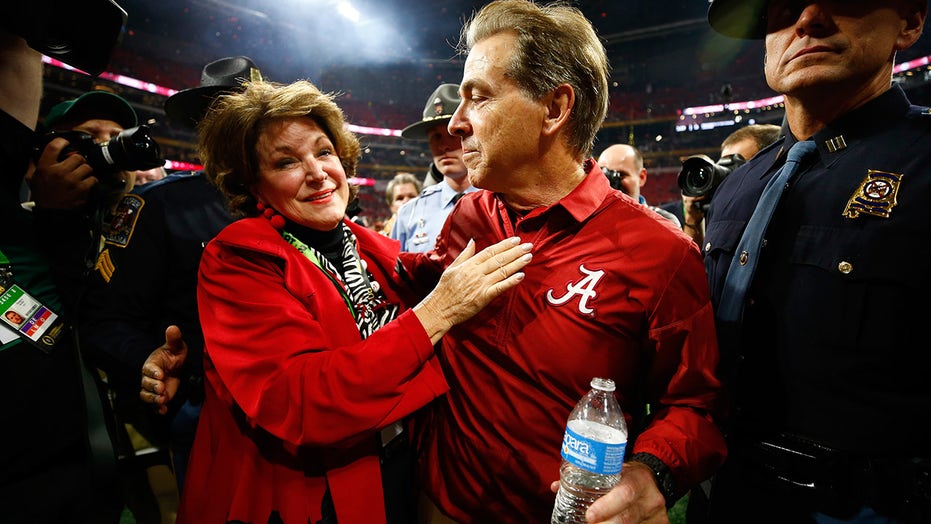 Alabama football coach Nick Saban might arguably be the greatest coach in college football history, but he’s still hearing it at home about some of his defensive schemes.

Saban and his wife, Terry, have been married for more than 45 years and there’s definitely one thing she harps on him about, he admitted Thursday. 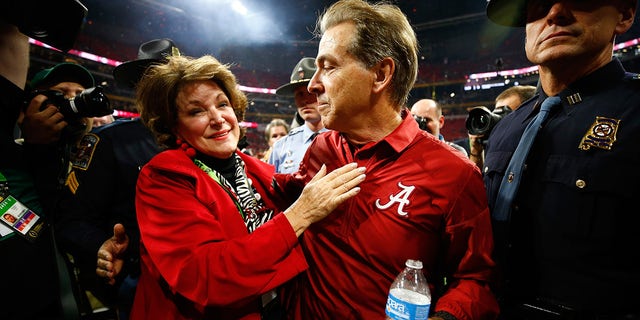 Head coach Nick Saban of the Alabama Crimson Tide celebrates with his wife Terry after beating the Georgia Bulldogs in overtime to win the CFP National Championship presented by AT&amp;amp;T at Mercedes-Benz Stadium on Jan. 8, 2018 in Atlanta, Georgia. Alabama won 26-23.
(Jamie Squire/Getty Images)

"Miss Terry always wants to blitz more. I’ve never said this to Miss Terry, but I’m a secondary coach. And secondary coaches who play for coaches who blitz a lot end up sleeping under the bridge and twitching because you’re always putting the backend in a tough situation," he said, via The Spun.

The Crimson Tide might have to use the blitz a bit more on Saturday.

HOW THE SEC EAST IS SHAPING UP, HEADING INTO A MONSTER SATURDAY 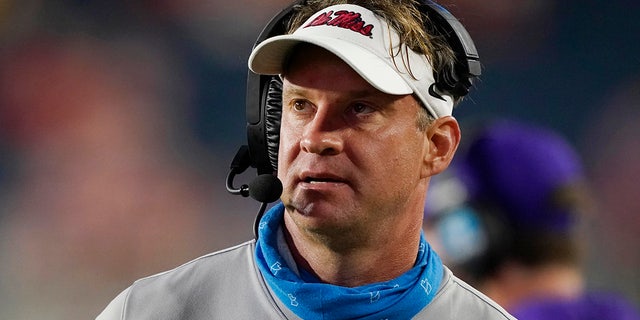 Alabama has a huge SEC matchup against Ole Miss. Both teams are entering the season undefeated and the Rebels have a legitimate Heisman Trophy contender in Matt Corral, not to mention Lane Kiffin roaming the sidelines calling the plays. 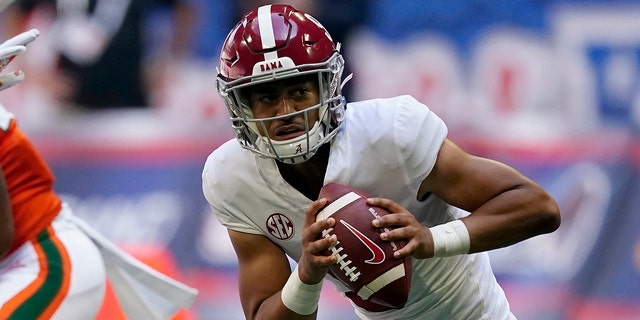 Alabama quarterback Bryce Young (9) scrambles away from Miami safety Gilbert Frierson (3) before throwing a touchdown pass during the first half of an NCAA college football game Saturday, Sept. 4, 2021, in Atlanta.
(AP Photo/John Bazemore)

It’s going to be an epic clash of SEC opponents. Alabama already had a close game against Florida and are likely in for another one against the Rebs.