The Vatican will begin requiring employees to get vaccinated or submit to regular coronavirus testing starting this Friday, the city-state announced Tuesday, according to reports.

There is no exemption at the moment and those without proof of vaccination or a negative test will be considered "unjustly absent" and won’t be paid, the Washington Post reported.

Pope Francis was vaccinated in January and has advocated for Roman Catholics to get it, calling it a "moral duty."

While vaccine mandates are a hot–button issue in the United States and some have sought religious exemptions, a majority of Catholics in the country are at least partially vaccinated, the Post reported.

Earlier this month, the pope said he didn’t understand why some higher-ups in the Church don’t want the vaccine. "It's a bit strange because humanity has a history of friendship with vaccines," he said after a recent trip to Slovakia, according to BBC News. 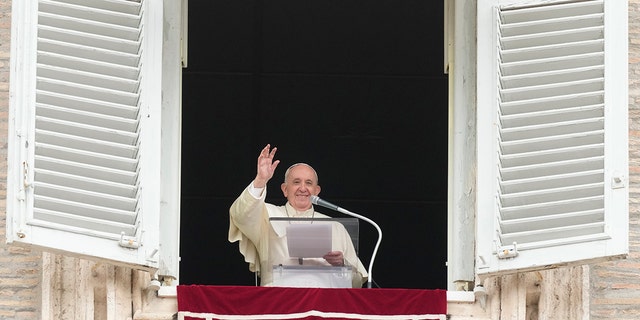 "Even in the College of Cardinals there are some vaccine negationists but one of them, poor thing, has been hospitalized with the virus. These are the ironies of life," he added, reportedly referring to U.S. Cardinal Raymond Burke, who is a vaccine skeptic. He is now out of the hospital, recovering from his infection.

A possible exemption will soon be assessed by the Vatican's health department, the Post reported.