The campaign has been a reportedly violent one, with 97 politicians killed and 935 attacked nationwide. Erik Ulises Ramirez, a left-wing candidate who survived an assassination attempt last month, said two of his allies had been kidnapped, beaten and released by Sunday’s voting. 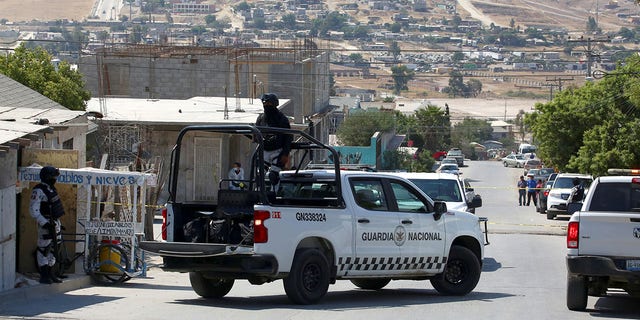 Members of the National Guard keep watch the a scene where unknown assailants left a plastic bag with human remains near a polling station, during the mid-term elections in Tijuana, Mexico June 6, 2021. REUTERS/Jorge Duenes (REUTERS/Jorge Duenes)

Five polling station workers had been killed on the eve of voting in Chiapas, the BBC reported.

Local authorities found plastic bags filled with body parts in Tijuana near a voting station, and a man lobbed a severed head into the same voting station as Mexicans across the country cast their ballots.

The man fled, and authorities have not said whether or not he was apprehended, Reuters reported.

Another attack saw an inactive grenade lobbed into a voting station in Mexico State.

An attack at yet another station in Sinaloa forced workers to suspend voting. Voting materials were stolen in the attack.

Coincidentally, one of the major issues voters criticized President Andrés Manuel López Obrador’s Morena over was his inability to curb rampant crime in the country.

Obrador’s majority is projected to shrink as a result, with seats projected to drop to between 190 and 203 from 253 of the 500 previously won.